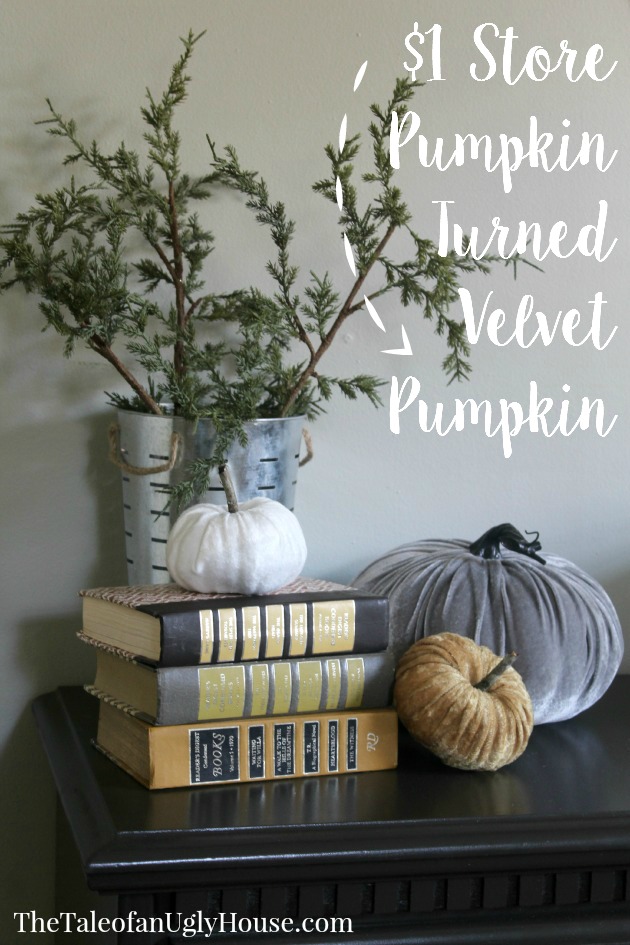 I’m sharing this tutorial about a month later than I wanted too. It’s been a bit hard for me to admit lately, but I’ve been overwhelmed with moving and have been just flat out busy! I still think it’s worth sharing, so here we go. You know those mini, bright orange pumpkins from the dollar store? I’m sure by this time of the year you’ve already picked them up if not, you’ve at least seen them. They’re only a dollar a piece. I have the utmost respect for the natural pumpkin color that is orange. I, however do not love or even like the color orange that these faux pumpkins are sporting! I bought a couple of them last month. Sure, I could have just slapped some chalk paint on them and called it a day, but that would have been too easy. I for one absolutely love the velvet pumpkins I’ve been seeing in stores. I actually bought a larger one at Homegoods this year. I inspected it really close and thought, I can so make that!

Here’s what I came up with. (If you’ve found an easier way, do share.) 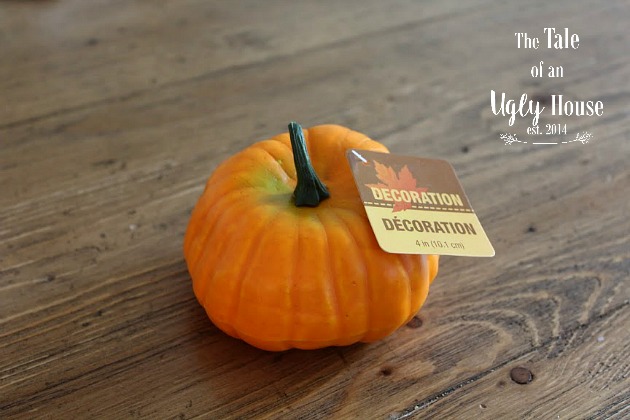 First I bought a yard of faux velvet from Joanns. They’ve got several colors to choose from. I paid just a couple dollars for mine.

I measured out about 10″-1′ of fabric and cut out a circle. I took some thread and went just around the outside. It doesn’t need to be perfect. As you can tell by mine, it’s far from perfect. 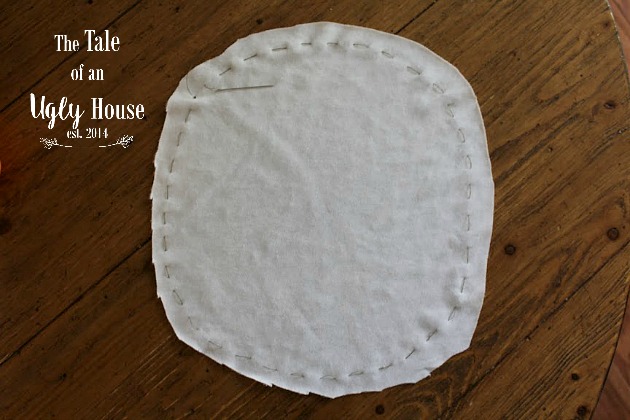 Take the pumpkin and pull the stem off. Cut a square out of the top. 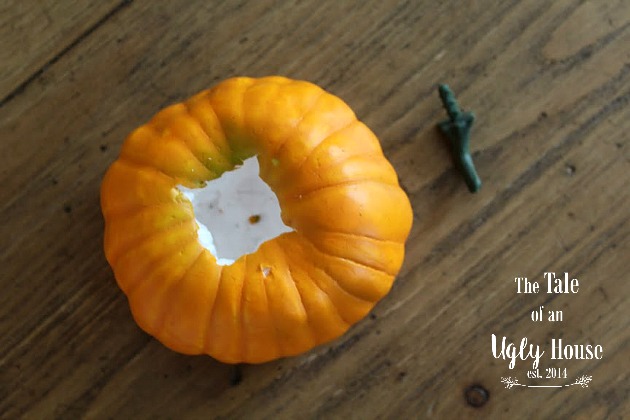 Stick your pumpkin in the middle of the fabric and pull the string tight. It will all gather at the top. Force the bunched fabric down into the pumpkin and add a stick to replace the cheesy plastic stem.

FYI, If you choose white velvet paint your pumpkin white first. The bright orange shows right thru! ( I had to go back and paint it.) 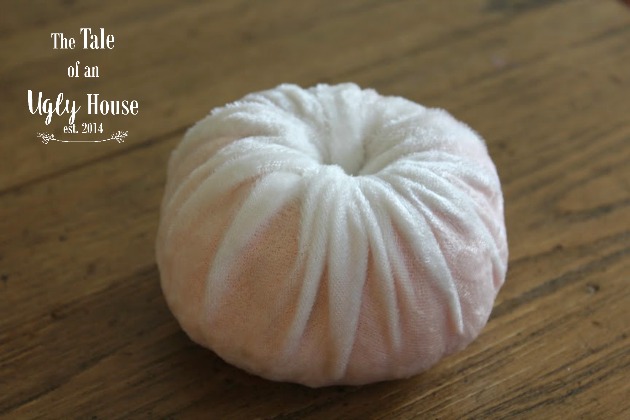 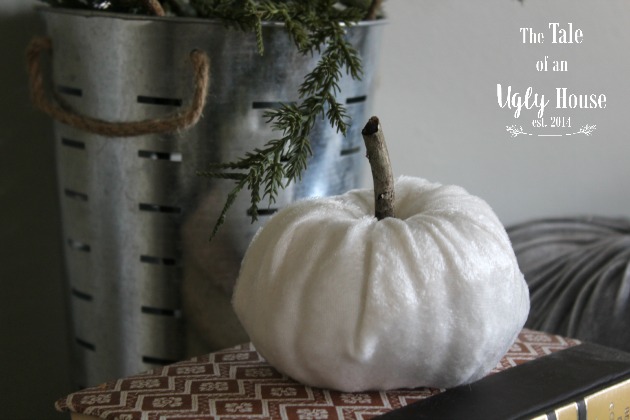 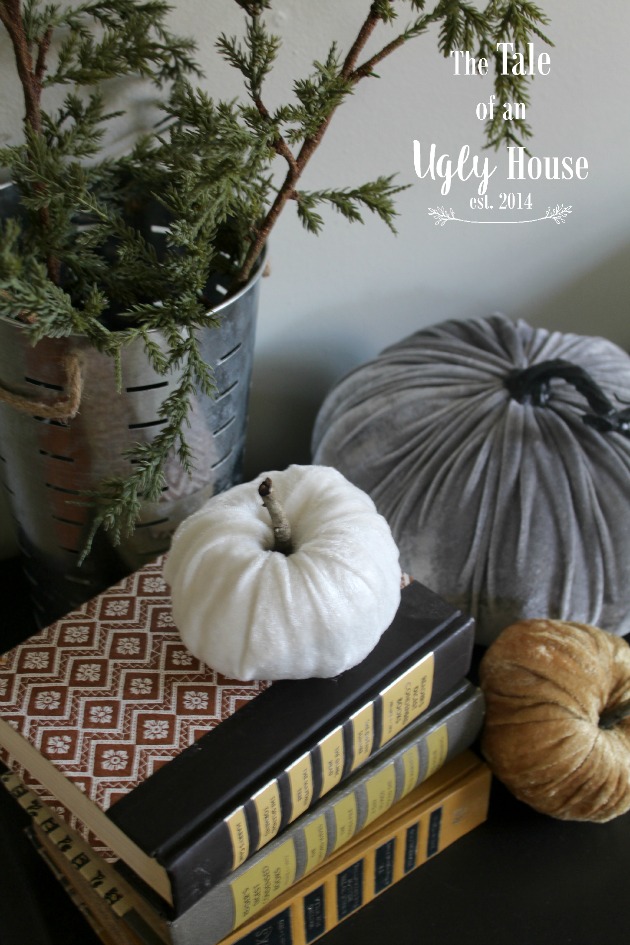 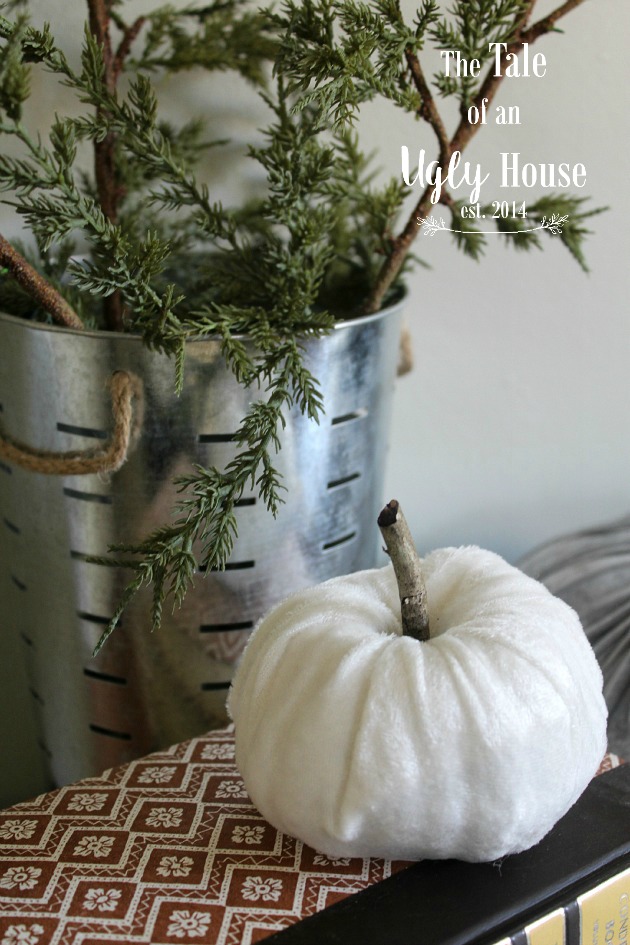 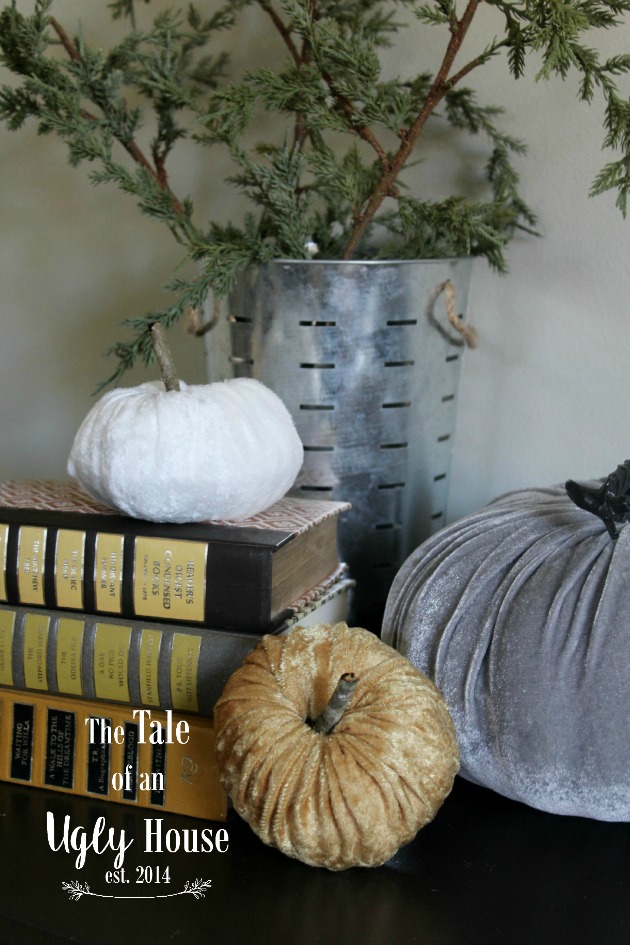 I just adore these little pumpkins. They’re small but really add some great texture to the fall decor. A tip for later- save the stems from your real pumpkins this year and use them on your faux pumpkins next year. You’ll be able to keep them for years and years to come!

Have a great week and weekend friends!

The progress on our dining room update is on the b

Has it really been a week since I’ve shared here

Another project has been checked off the list for

I’ve been thinking about snapping a few photos o

Good morning! Here’s to a relaxing second half o

I’m determined to get something productive done

Today on the blog I’m sharing a quick little tou