Hello friends! It’s been a few weeks since I really have been present on the blog or social media for that matter. I promise its been for a good reason. Over the holidays we were given the sweetest gift. My mom surprised Charlie with an 8 week old puppy! It’s a secret we kept for months and to say she’s the best Christmas gift he’s ever been given would be an understatement. Let me introduce you to miss Ruby May! 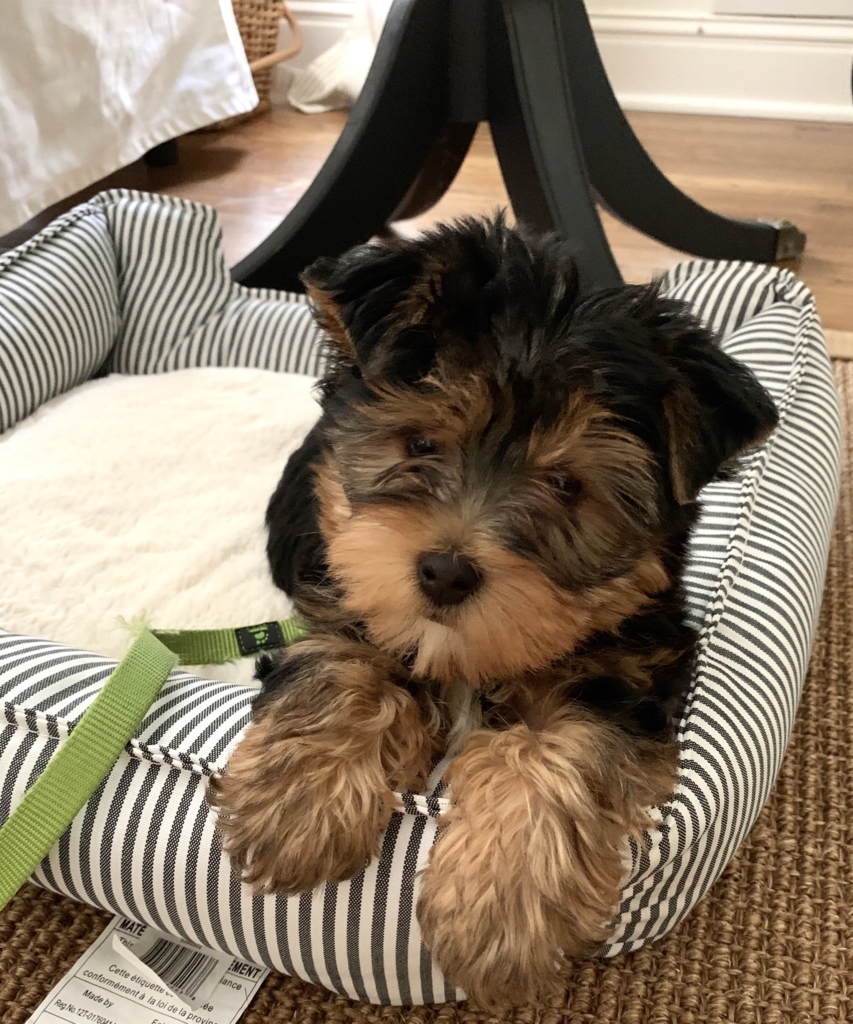 Ruby is a Yorkshire terrier. She’ll most likely top out around 10 lbs., give or take. Although she’s not a toy breed (I’m fairly certain that a toy yorkie wouldn’t survive in our home, ha!) she’ll still be fairly small.

We’re quite partial to Yorkies. My mother has had one for almost nine years and she has been one of the best dogs that she’s ever had. I also have a brother and sister-in-law who have two and couldn’t be happier with them. Over the years we’ve spent a lot of time with my mom’s Yorkies and we were certain that it was the perfect breed for our family. 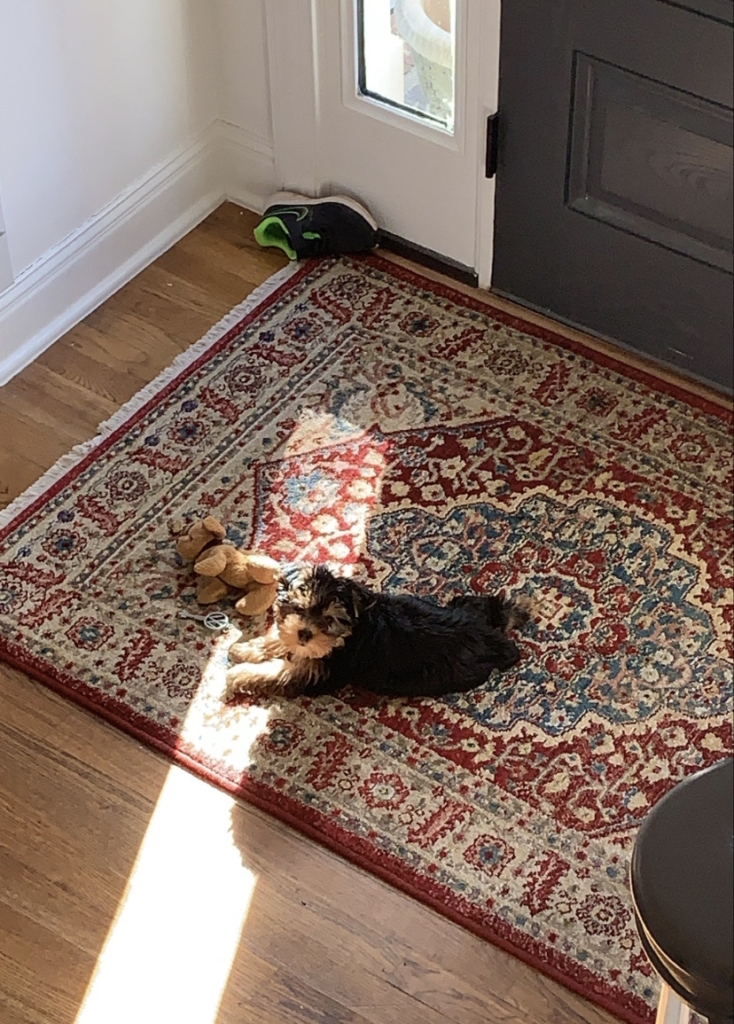 We’ve been potty training the last couple of weeks and she’s doing great so far! That’s not say we haven’t had our messy days. We all take turns being on puppy watch. The baby gates and leash have been our best friends. It’s been some time since I’ve potty trained a dog that I made sure to watch a number of YouTube videos for plenty of tips. 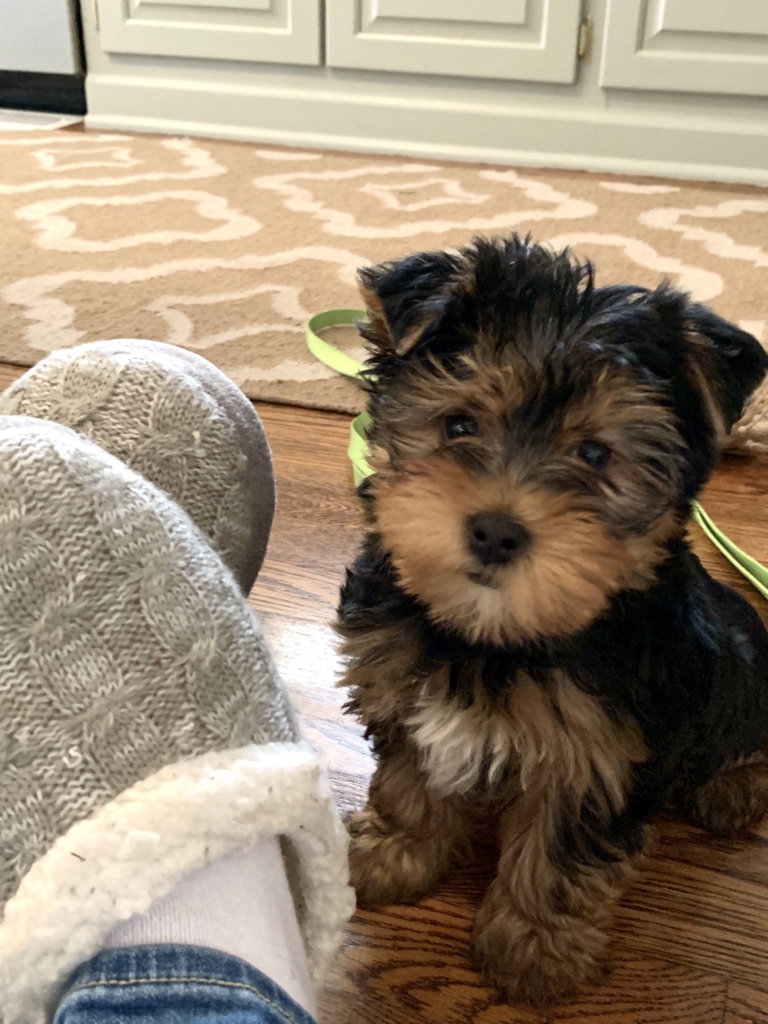 She’s sweet, playful and full of sass! Even though she was a gift for Charlie little miss Ruby seems to cling to me the most. Shhh… don’t tell Charlie! I think it’s safe to say that this Christmas gift will be hard to beat in the future!