Hello friends! It seems like it’s been a while since I’ve been in touch. One of the things that they don’t tell you on all the HGTV shows is that when you’re living in a renovation situation you tend to loose contact socially at times. The repairs and projects suck up so much time and don’t lend a lot of minutes in the day for blogging. I know one day will come where I will be able to sit down and just write and share all the photos I’ve been taking over the last month and a half. I’ll be able to share project after project. Until then, my house will continue to look like a construction zone. There is not a single room fully finished friends. It’s truly killing me but I know this process takes time.

One project that is complete is our living room fireplace. Over a span of three days I partially striped it, sanded and painted it. At first I had the intentions of striping the mantel and staining it. It was painted white and in need of some fresh paint. When I started to sand it, I realized that the mantel was solid oak! I began to strip the paint but realized it was going to look a little too shabby chic and rustic for my space. I quickly ditched that plan and settled on a paint color called Peppercorn by Sherwin Williams.

Here is the before photo of the living room before we moved in.

Here is the fireplace after the room was repainted and I had attempted to strip the paint. It was almost impossible to get the paint out of all that grain. 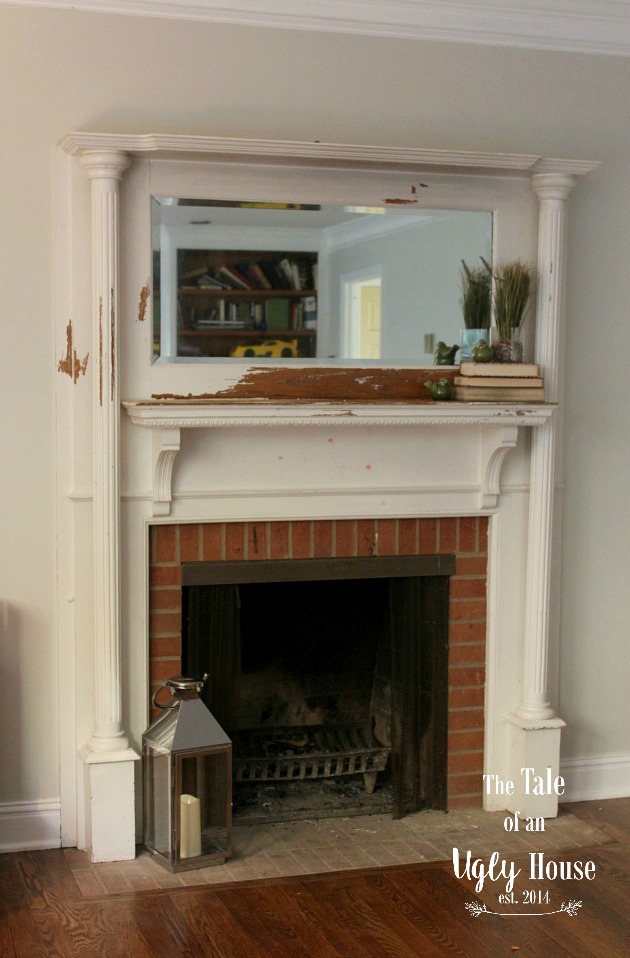 This fireplace was a beast to sand. All those grooves and tight spaces were a nightmare. After two coats of paint her’s how she looked. 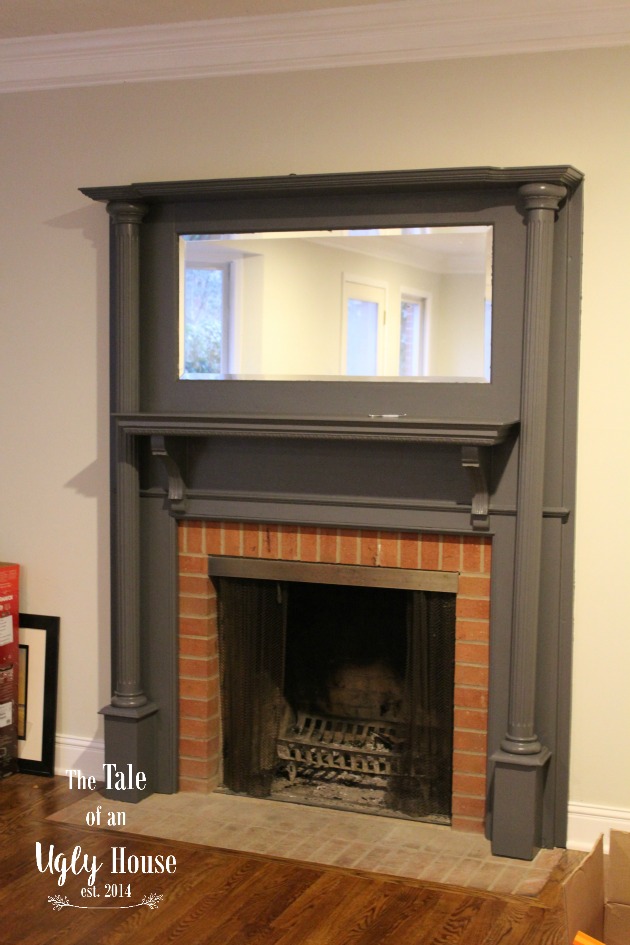 I knew from the beginning that I wanted to paint the brick white. I could have left it but I knew the white paint would create such a great contrast. Needless to say, it did! There was a little too much contrast in fact. I decided to add some warmth to the space and tone down the starkness of the white brick. I just went over it lightly with some sand paper. 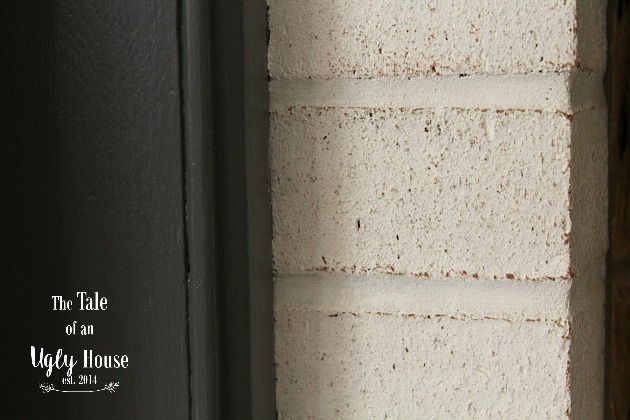 It brought some of the warm tones of the brick through and added some great texture! 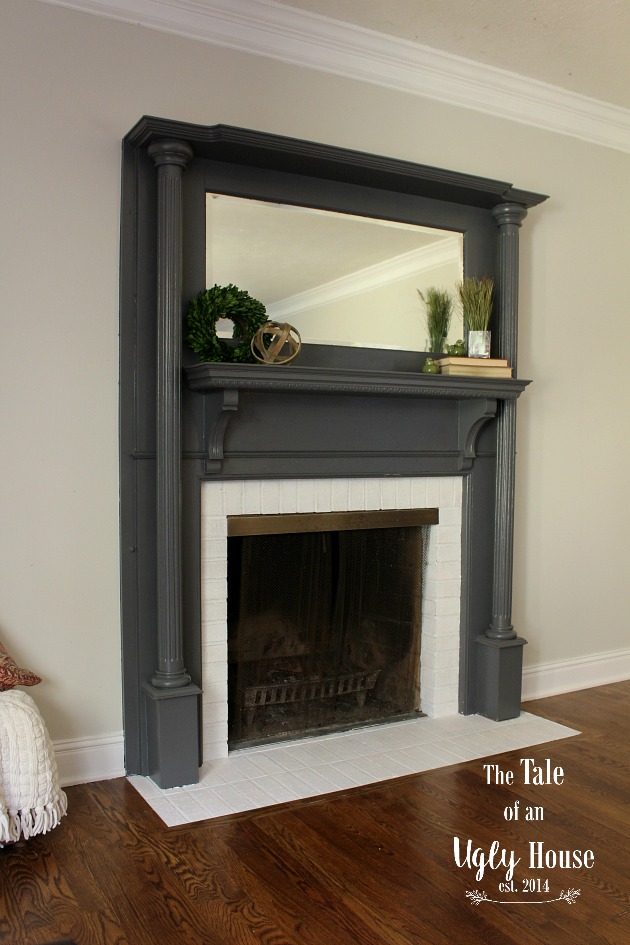 I couldn’t be more pleased with the end result! It’s clean, crisp and screams colonial style. I believe it turned out so much better than it would have if I had stained it. It’s such a feature in the room now. The room has new life and character. The deep gray paint adds drama to the neutral room. 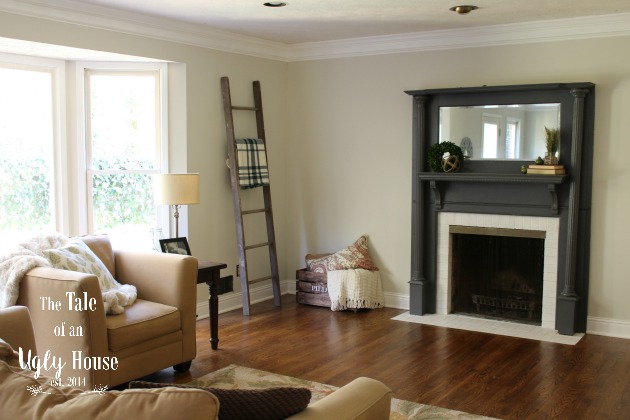 All though the room is still somewhat empty, the rug is too small and the walls are bare, we’re so thrilled to be one step closer to a finished space. It’s feeling more and more like home with every new project completed. 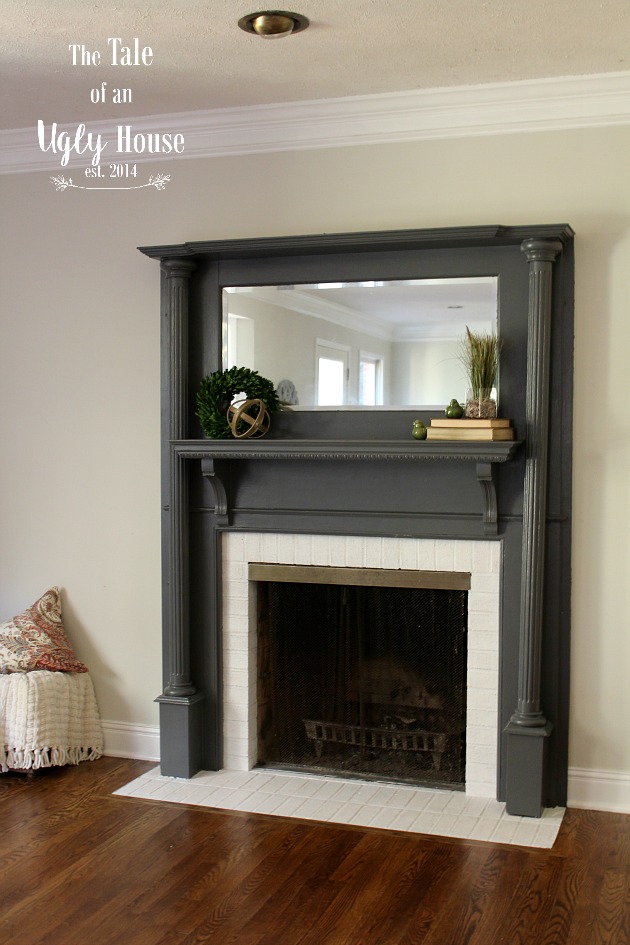 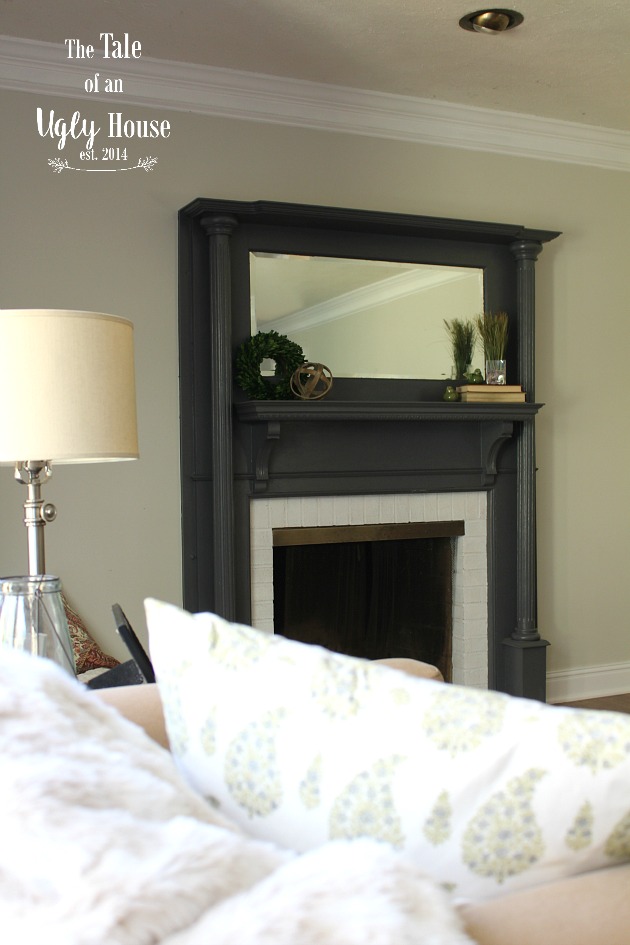 Thanks for checking in and I’m so glad to have you all along for the ride. It’s been such an adventure thus far. I’ll be sure to check in soon!

Hi, I'm Amanda Marie and I'm so glad you're here! I'm an old soul that loves traditional English style. We're currently renovating a southern colonial in a small town in north Ga. This is where I share DIY projects, decorating, family recipes, and ideas for a classic style home.

How was your Thanksgiving, everyone? I’ve been a

We’re still enjoying our fall linens in our fami

I’m enjoying our for mantle for a couple more da

First, thank you to all of our veterans today! You

Charlie got his wish this week. We put up his new