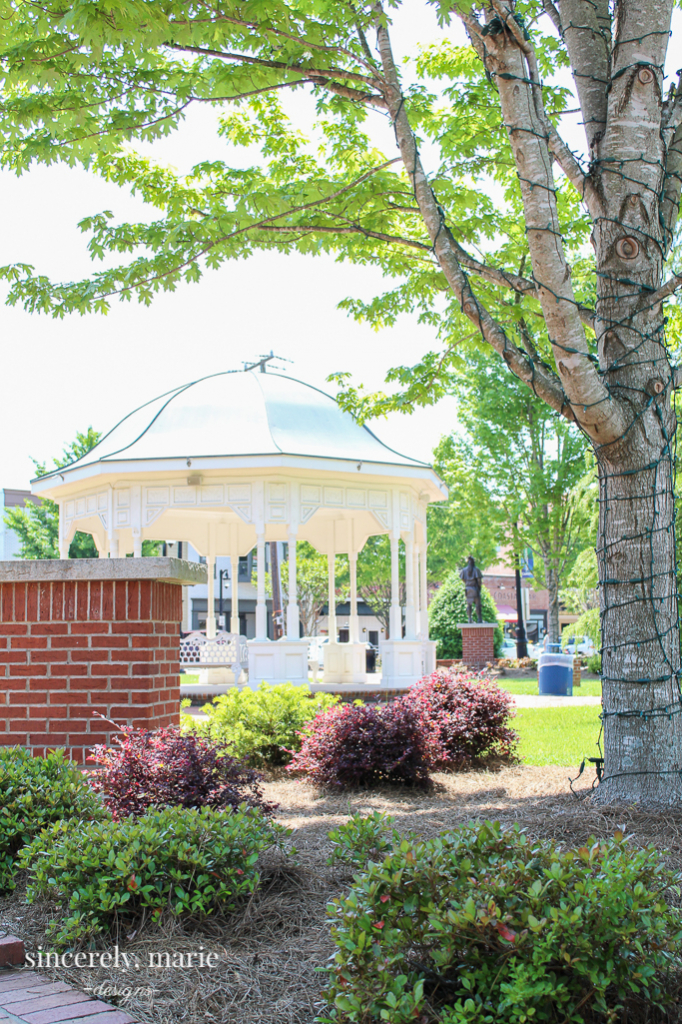 Spring has arrived and finally decided to stick around. That means Charlie and I are venturing out more and enjoying the sunshine. Recently we  spent the afternoon having a little fun in downtown Canton, our little town. It’s the sweetest little town and what attracted us to this area initially. We’re about 45 minutes north of Atlanta, just before the north Georgia mountains. It’s not very large but has several streets of shops, one of a kind restaurants, cute historic homes, and plenty of pretty parks. The best part, it’s in walking distance from our home!

Lets take a stroll and I’ll show you some of our favorite spots.

Here’s a few of my favorite homes on the way to the downtown area. 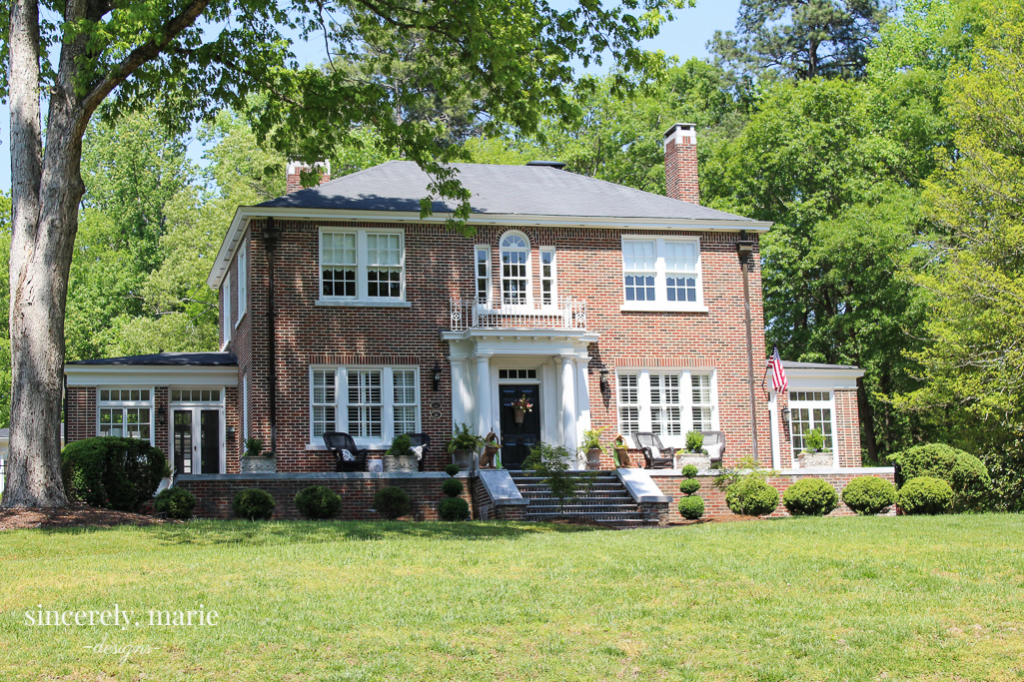 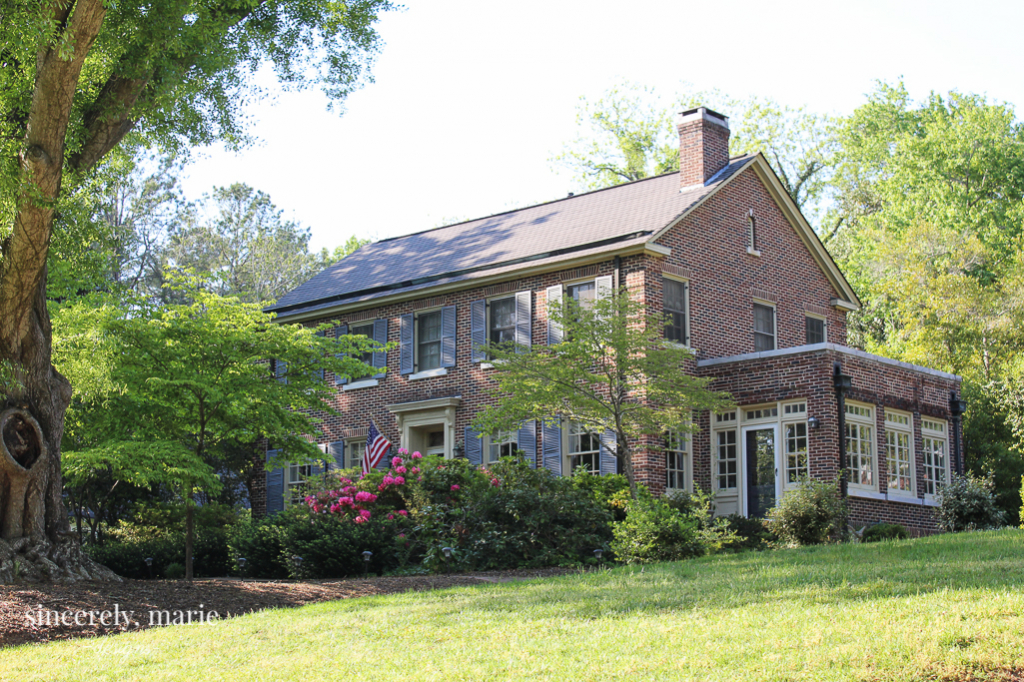 I have a soft spot for brick colonials. Not just because we own one but also because they’re timeless and so stately. 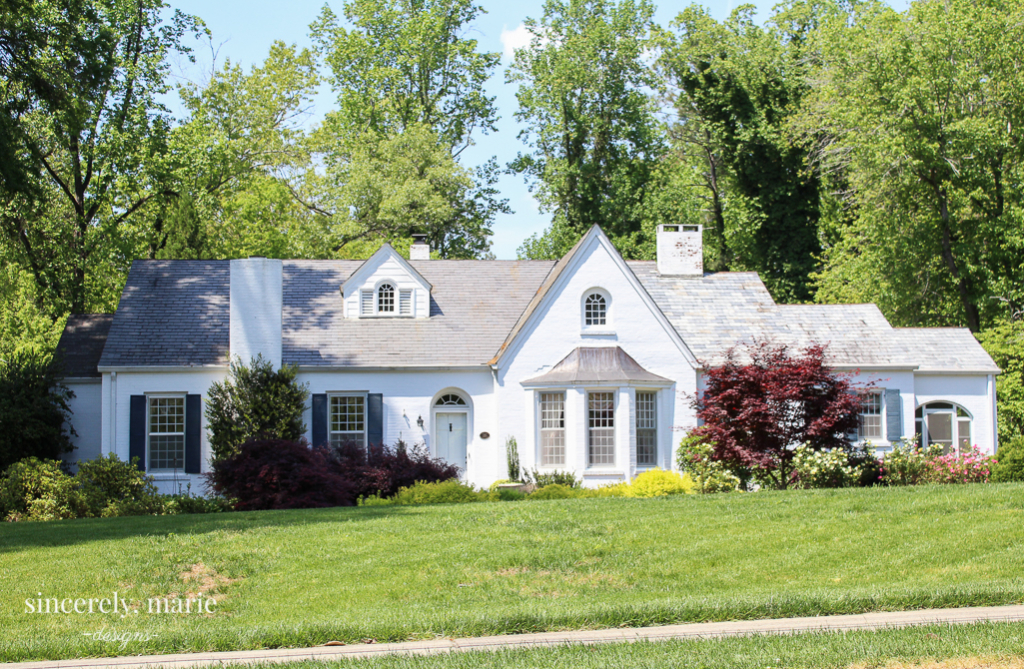 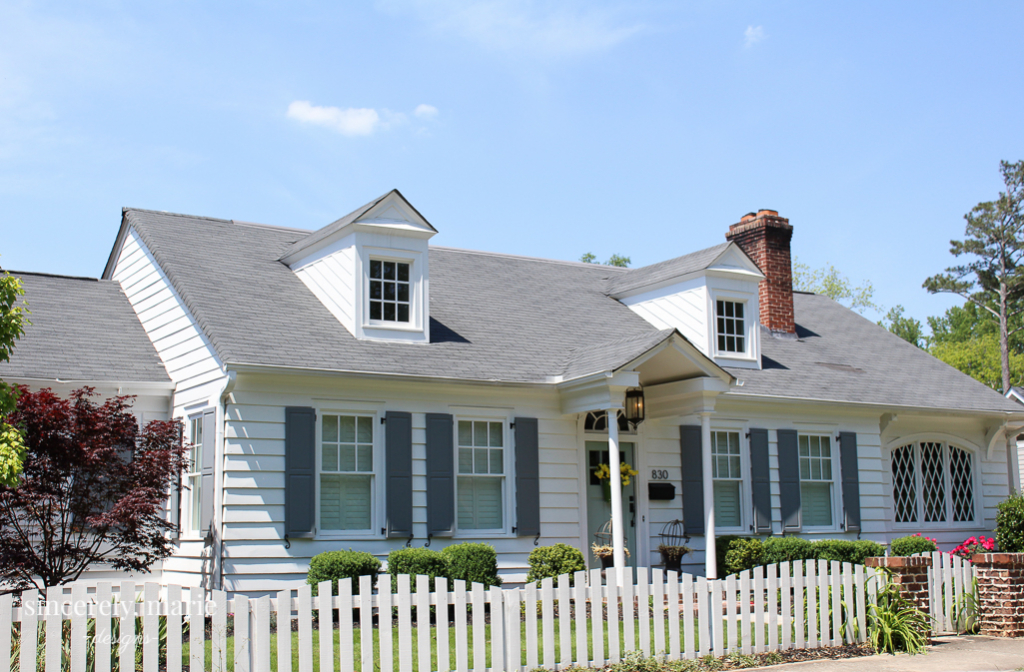 This home is much larger than it appears. We actually got a chance to tour it on our last historical society tour and it was so neat to walk inside. It has a large addition on the back that didn’t interfere with the classic front of the home. It’s absolutely gorgeous inside. I wish I had photos for you. 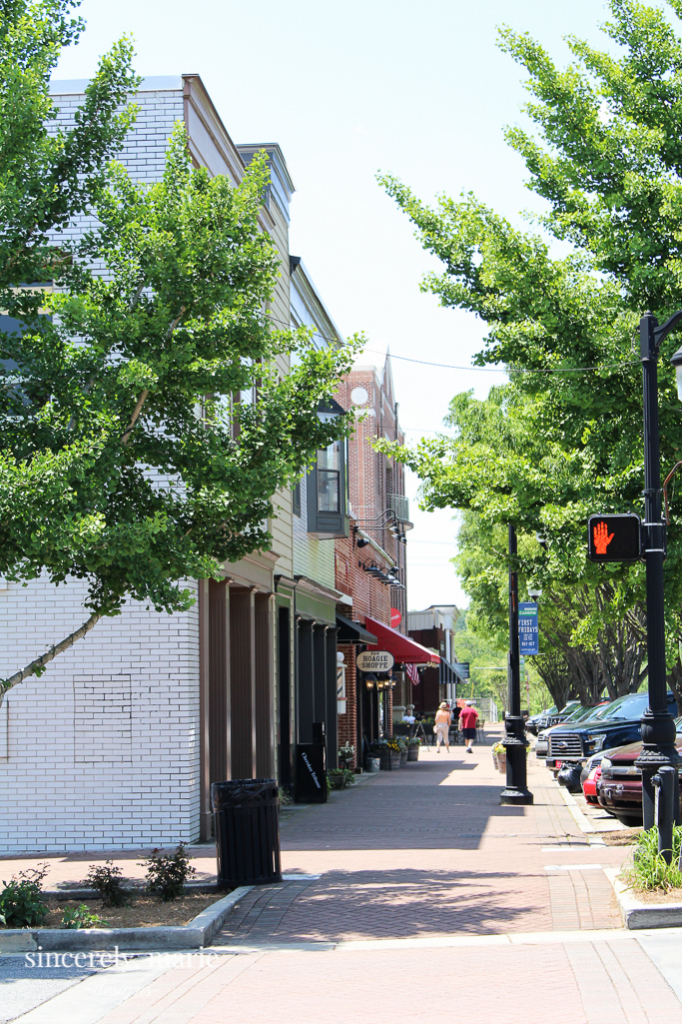 There are several great restaurants, fast and easy to elegant sit down. The Hoagie Shoppe is a local favorite. It seems to be full no matter what time you walk in. 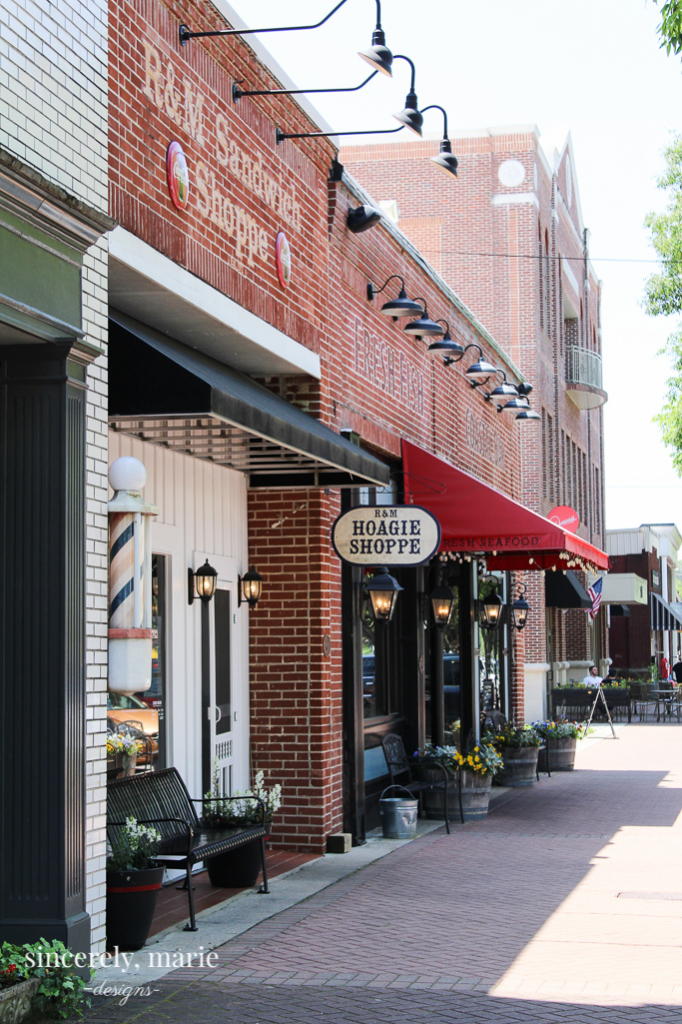 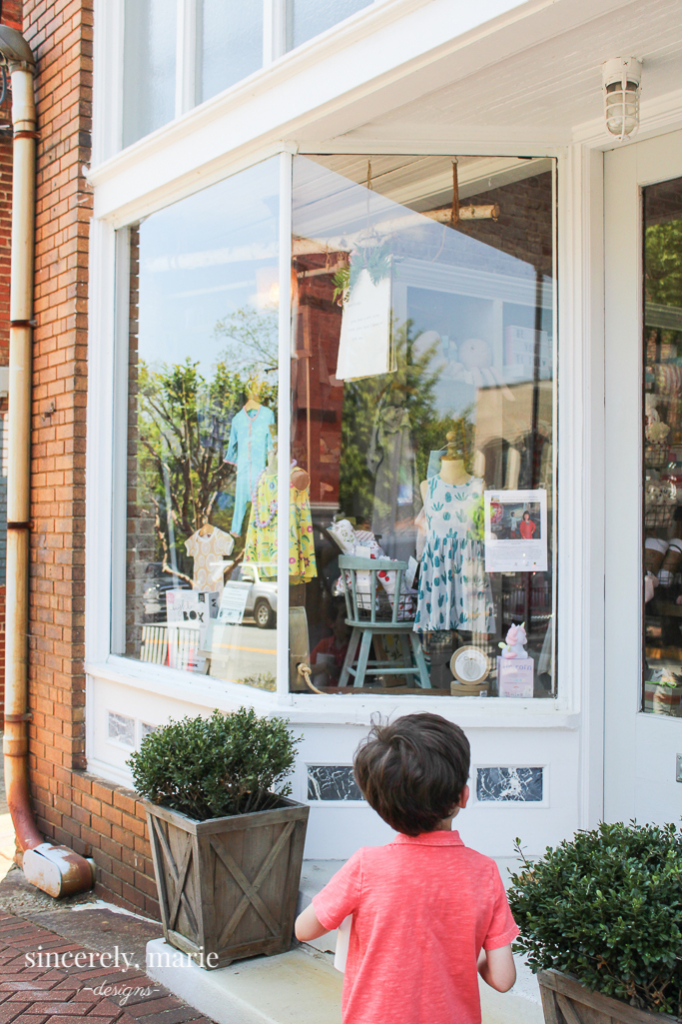 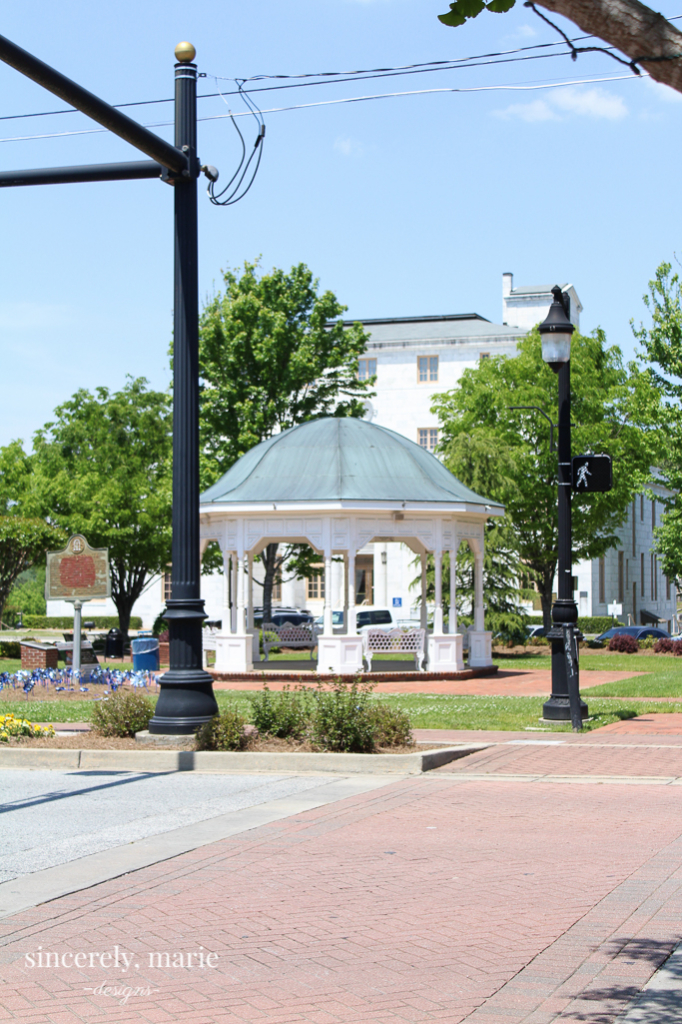 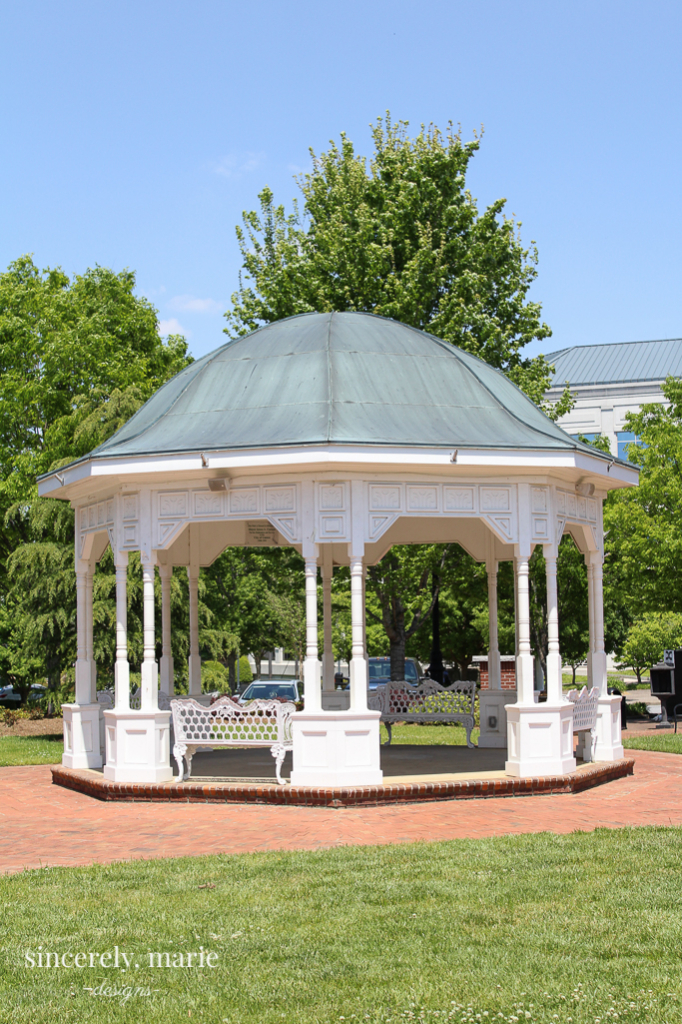 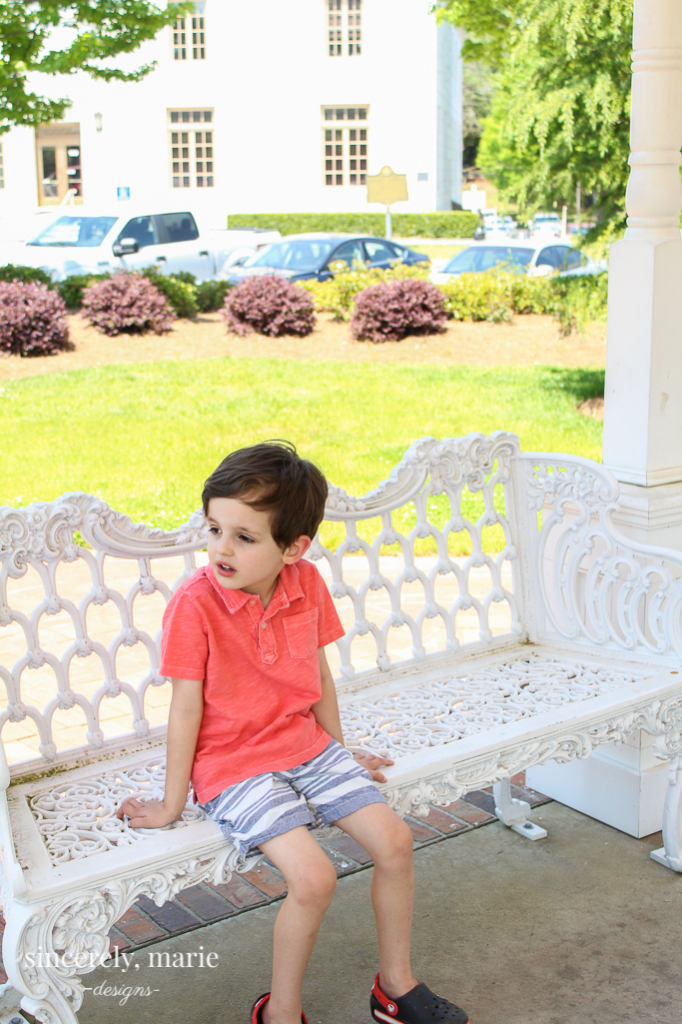 Every first Friday of the month from spring to fall the city has a festival in the square. There’s live music, food trucks, and activities for kids. It’s such a fun time. This Friday is “May the Fourth Be With You” in honor of May 4th and Star Wars. Charlie is beyond excited! Watch my IG stories this Friday for a glimpse of the fun. 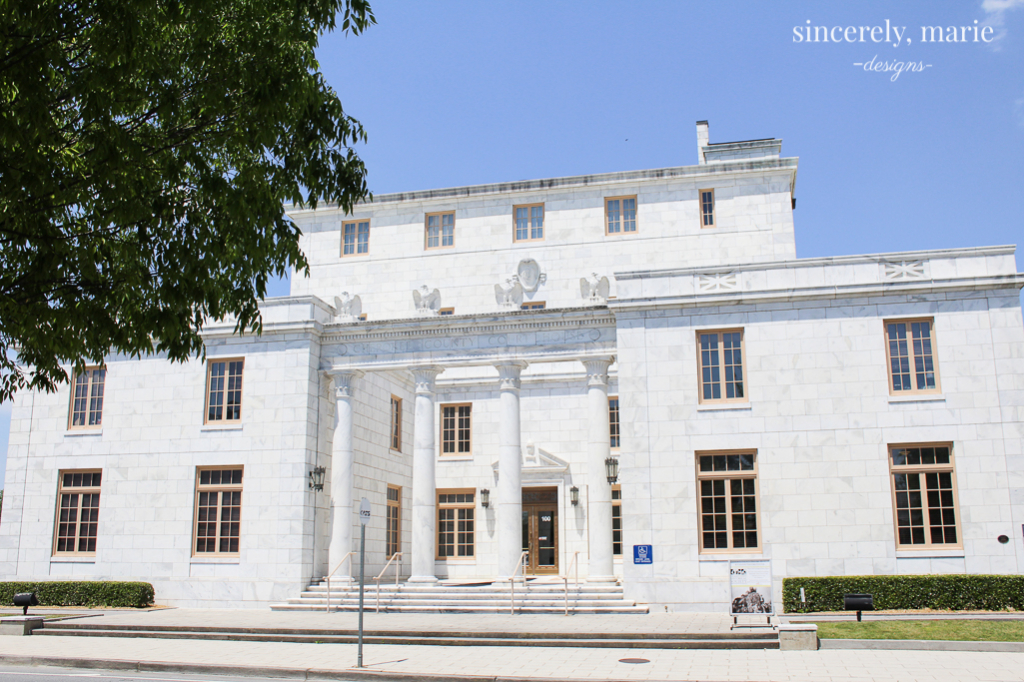 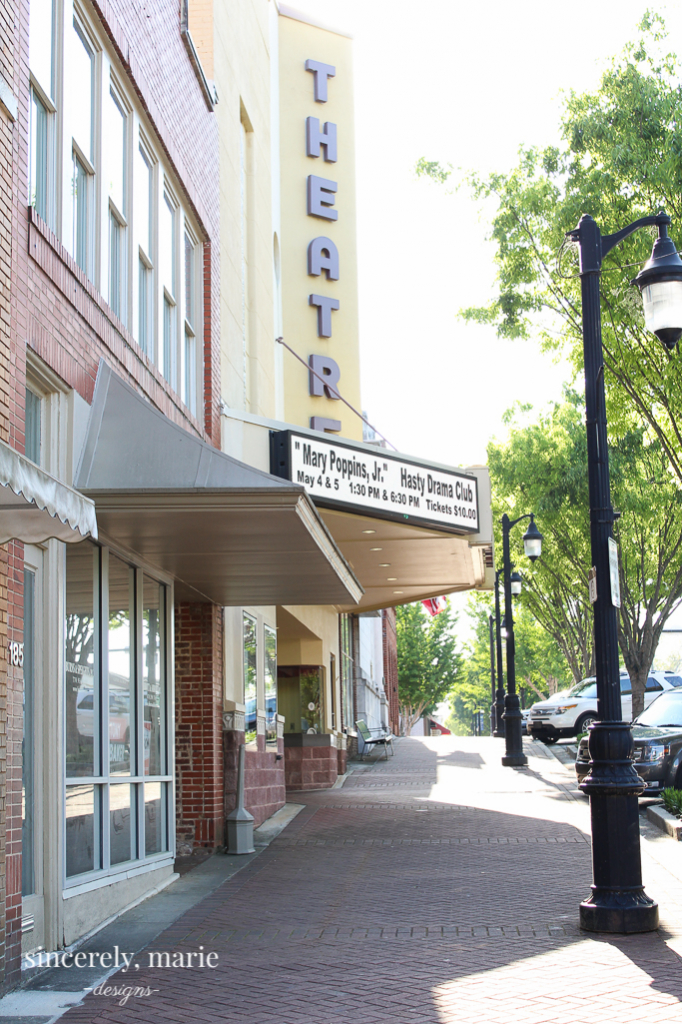 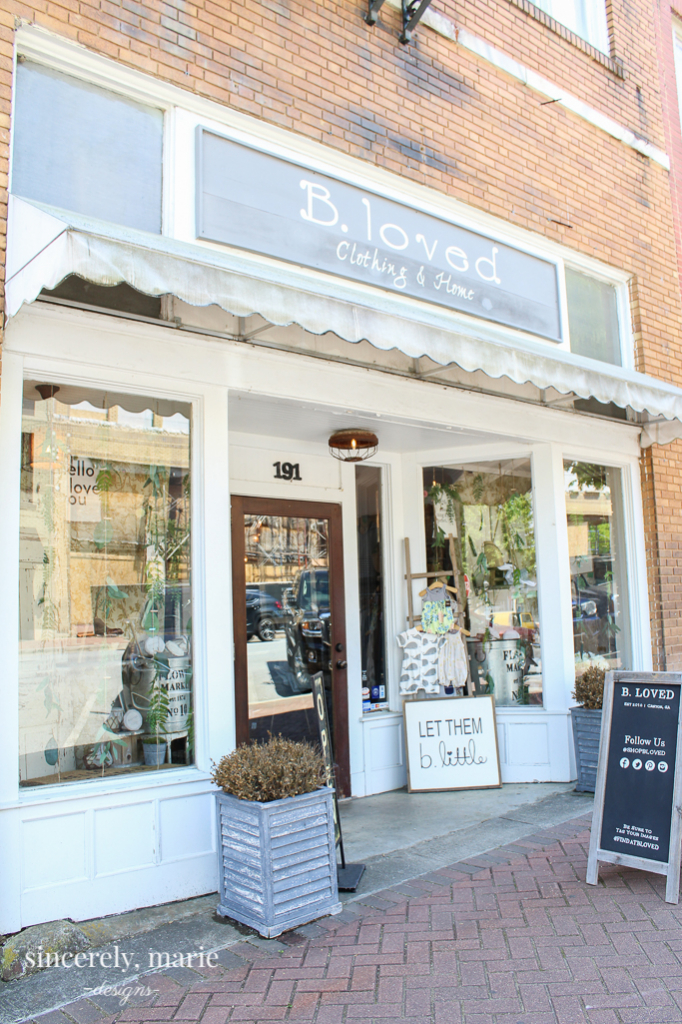 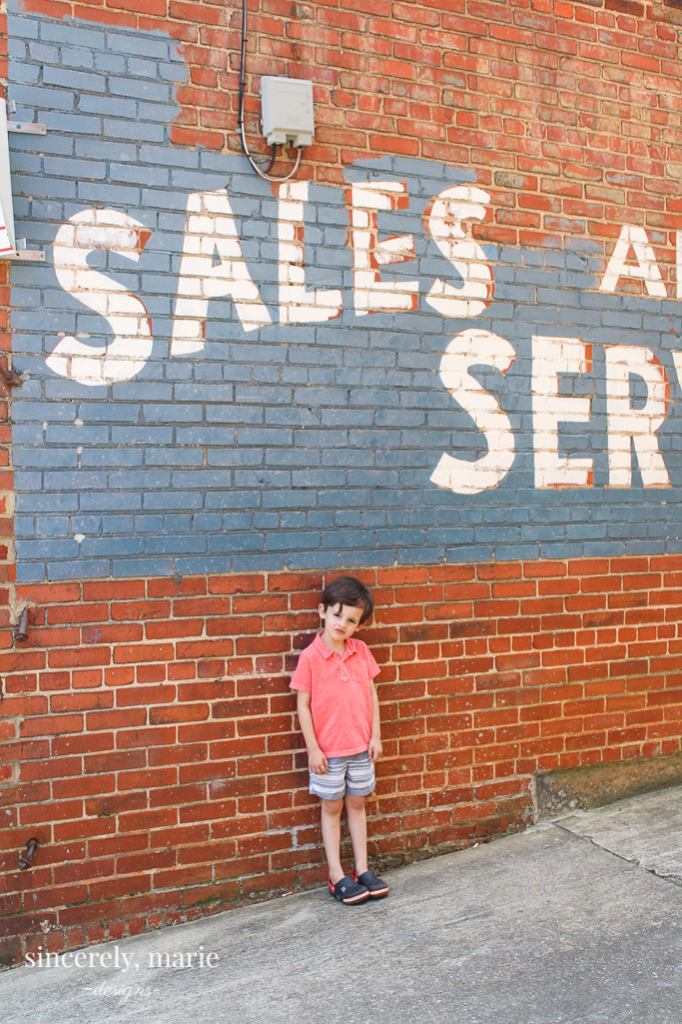 Charlie is a lot like his mama. He’d rather be behind the camera than in front of it. This is the “is it over?” face, ha! 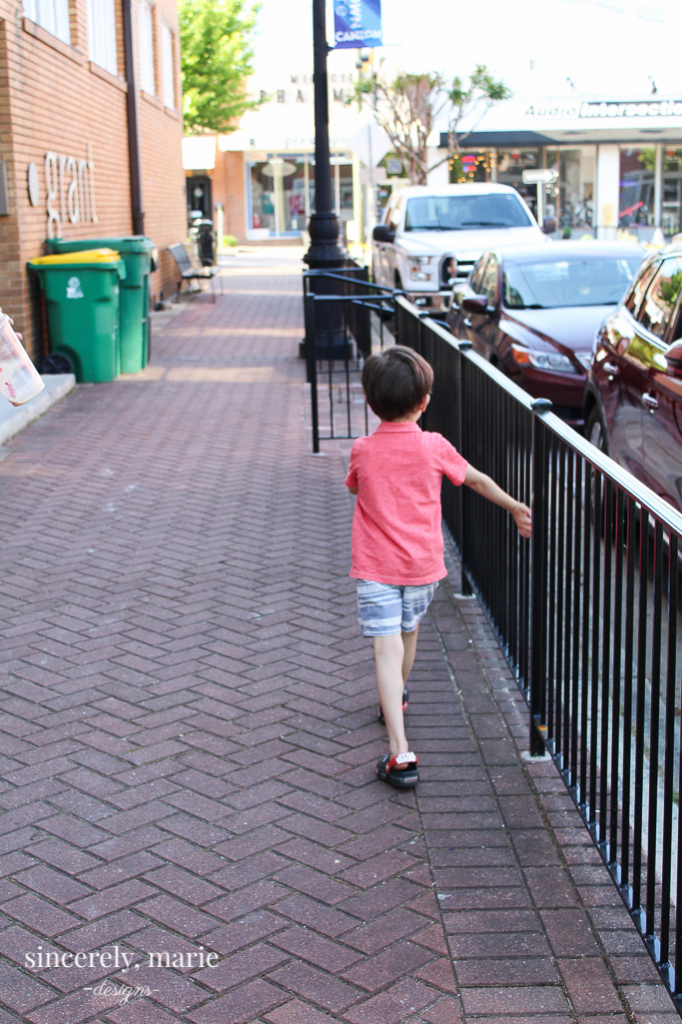 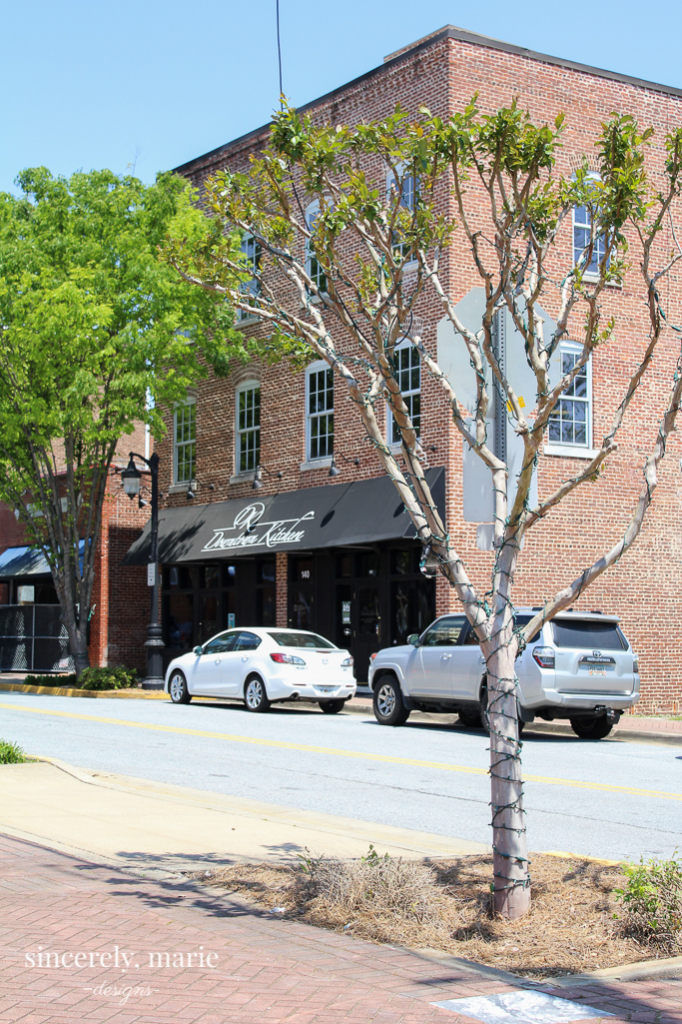 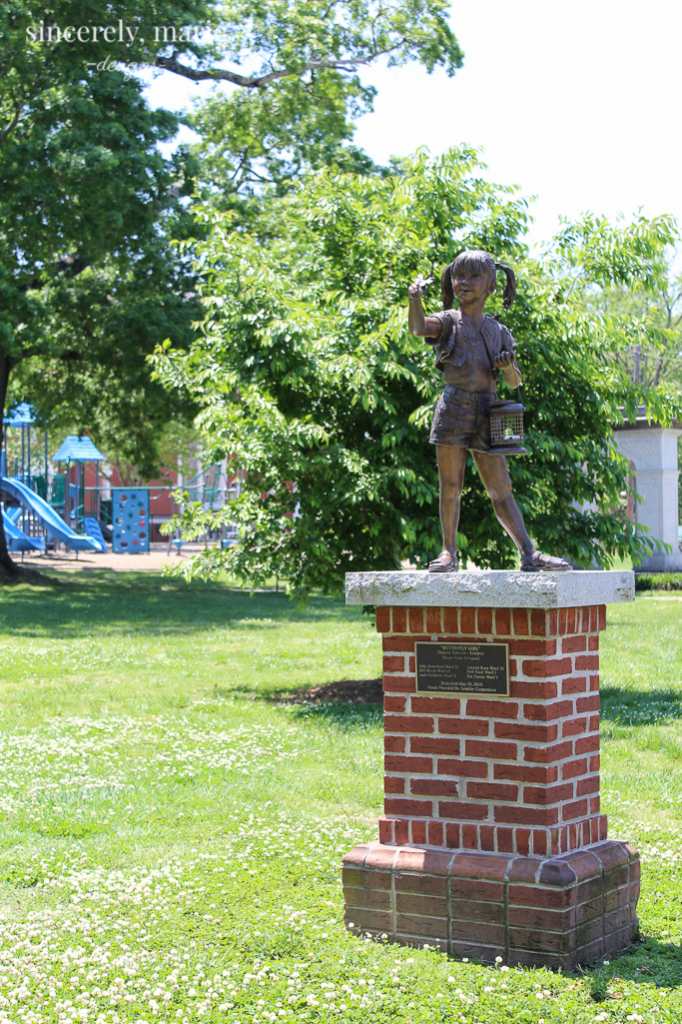 Brown Park is just one of several parks in the area. Charlie’s a big fan of the new play ground they installed and the large trees that are around. 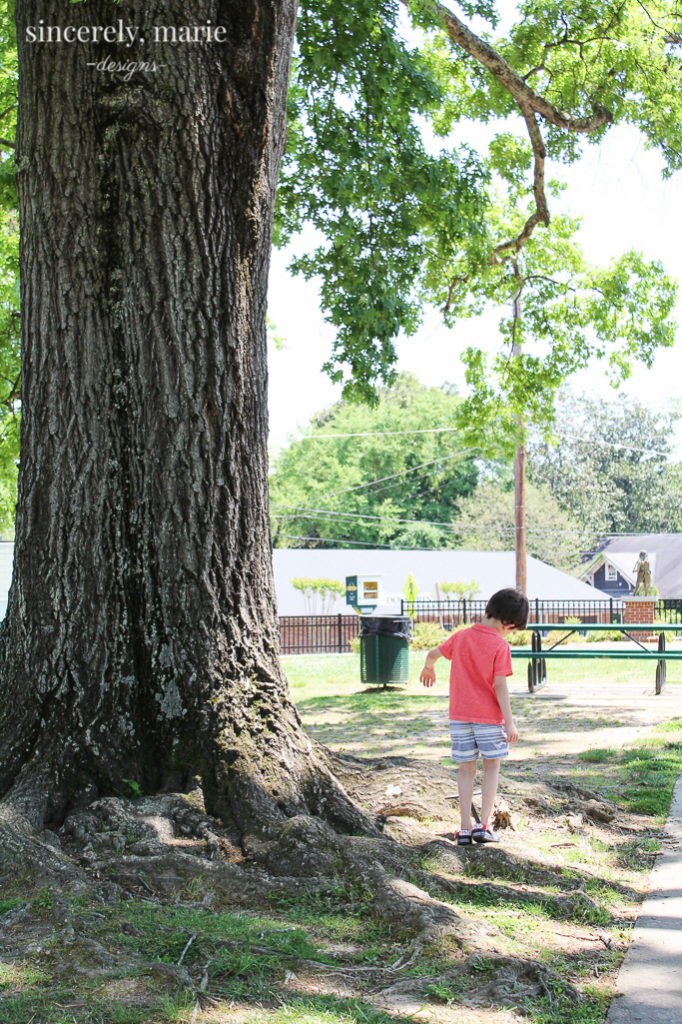 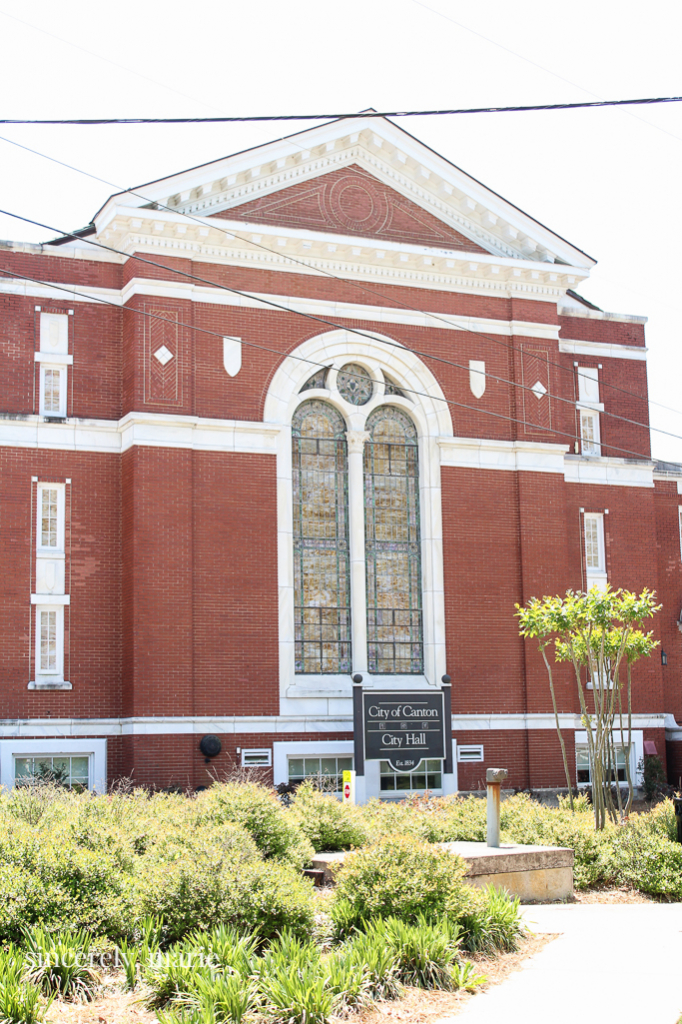 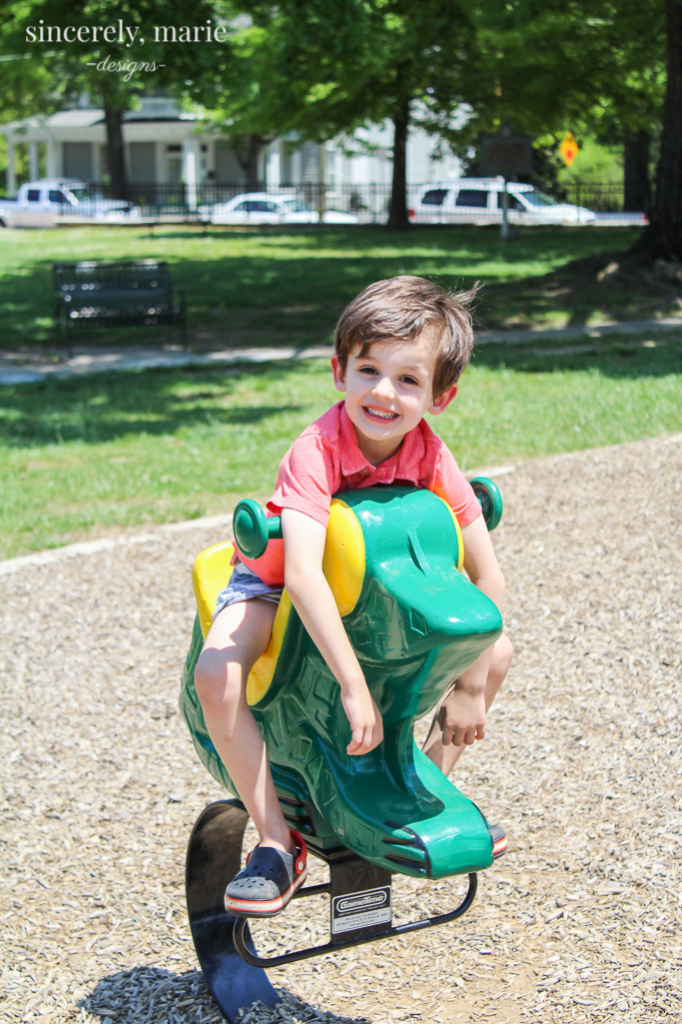 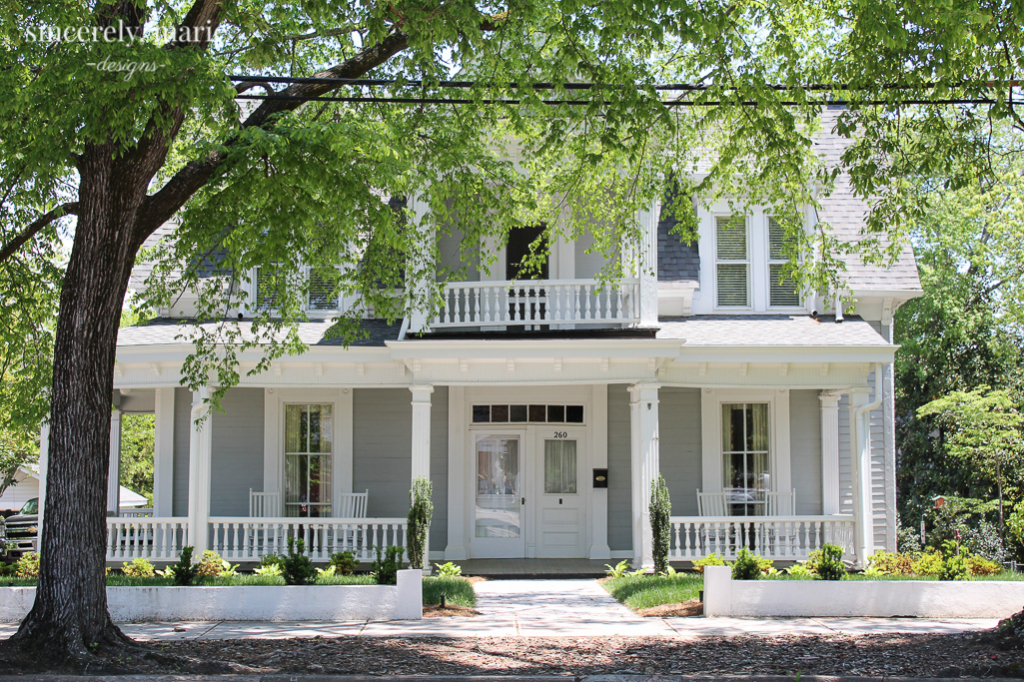 This is one of my absolute favorite houses. It’s across the street from the park. Doesn’t it look so inviting? 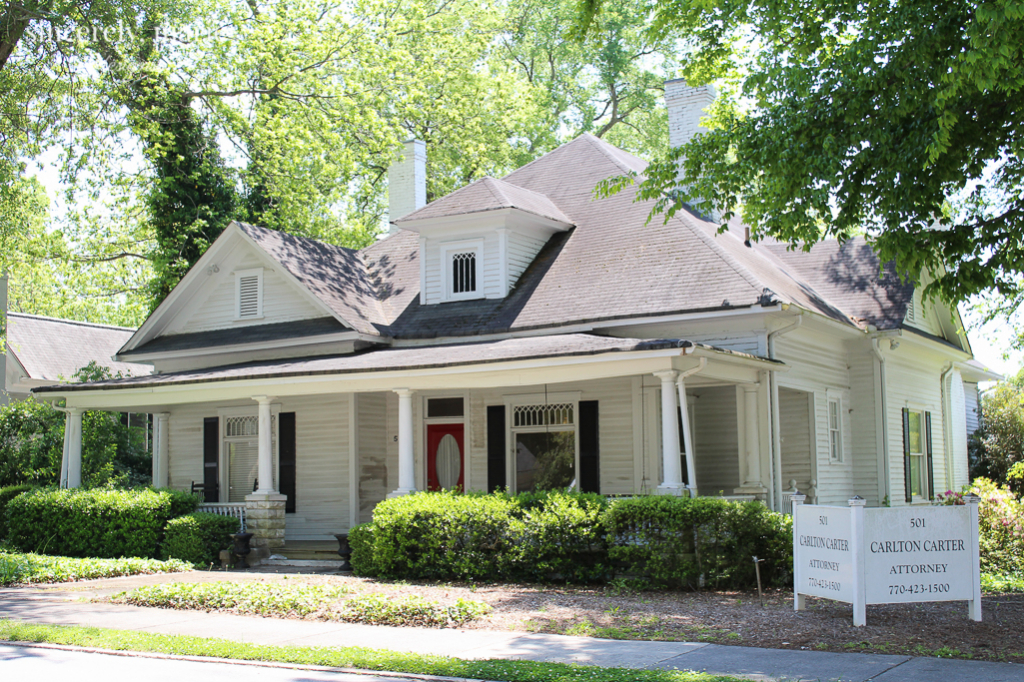 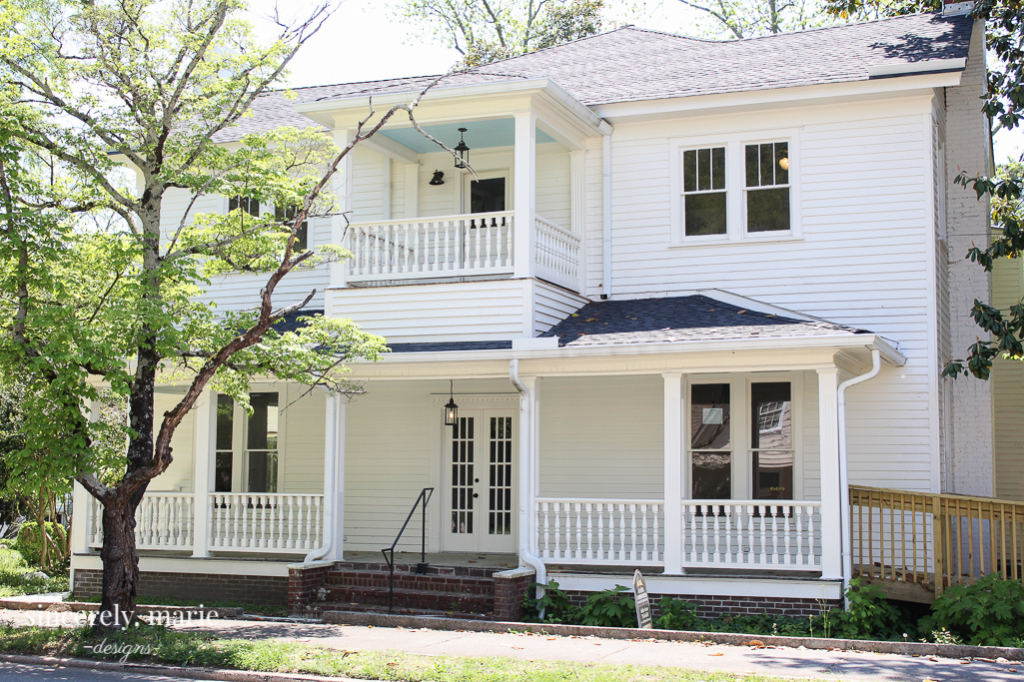 This house was recently renovated and guess what, friends? It’s on the market!

This house below is currently being renovated. Ever since we moved to Canton I’ve been dying to see the interior of this house. I just adore the front porch and those old french doors. 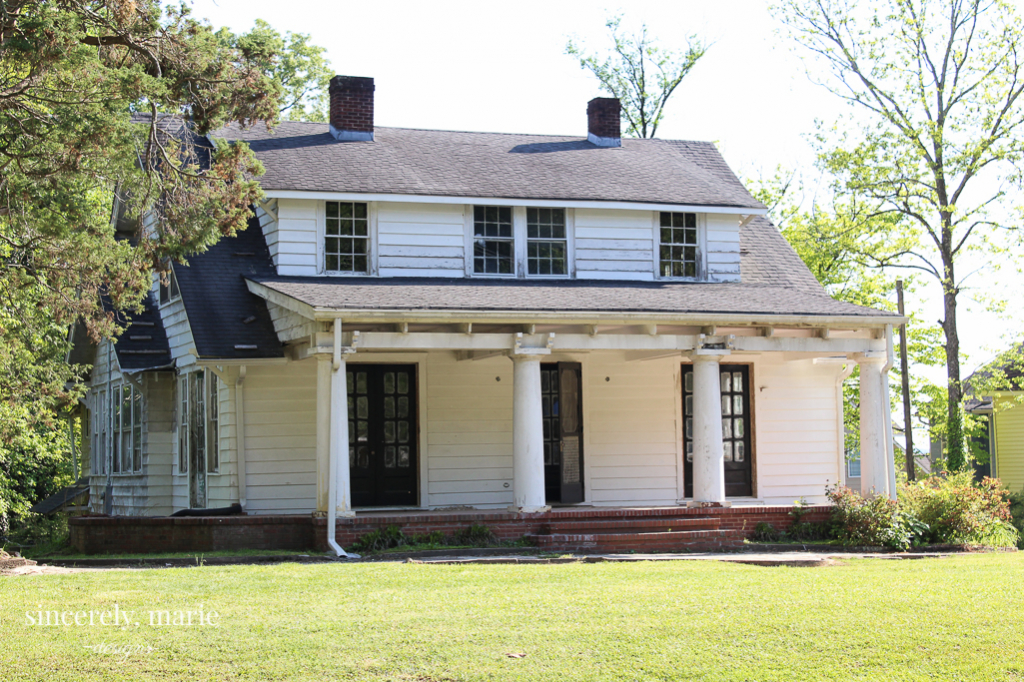 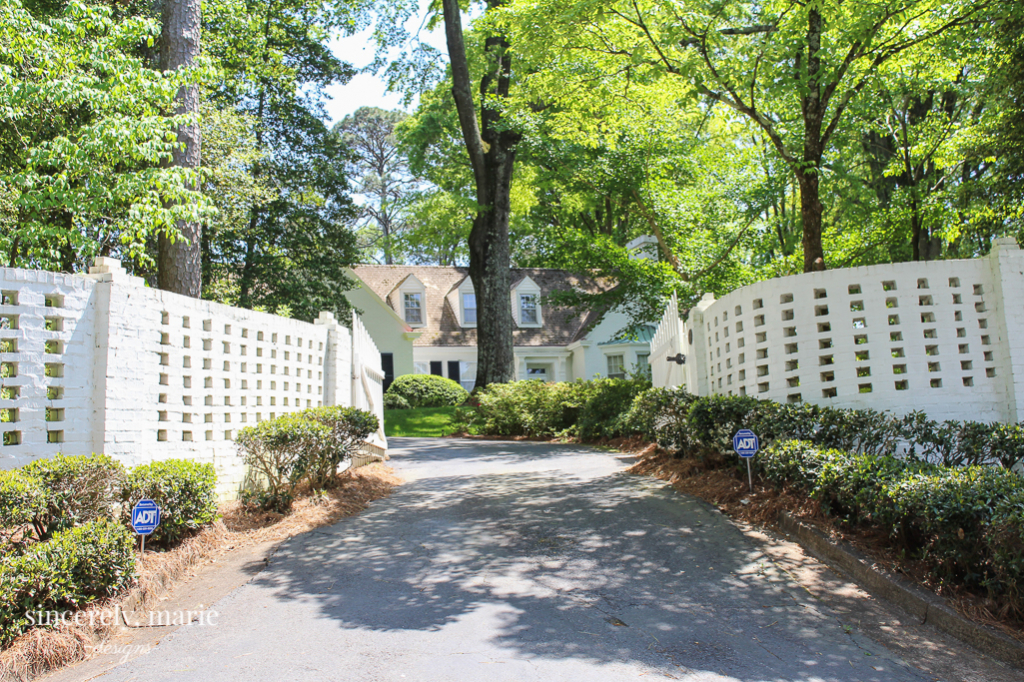 This just might be one of my favorite homes on our street. It’s hard to see fully from the road but I promise it’s quite the charmer.

This is just a few of the pretty places we love in town. We’ve been in Downtown Canton for over two years now and we fall more in love with it every year.  Do you live in a small town? If so, what’s your favorite thing about it? There’s not much that beats the small town charm for me! 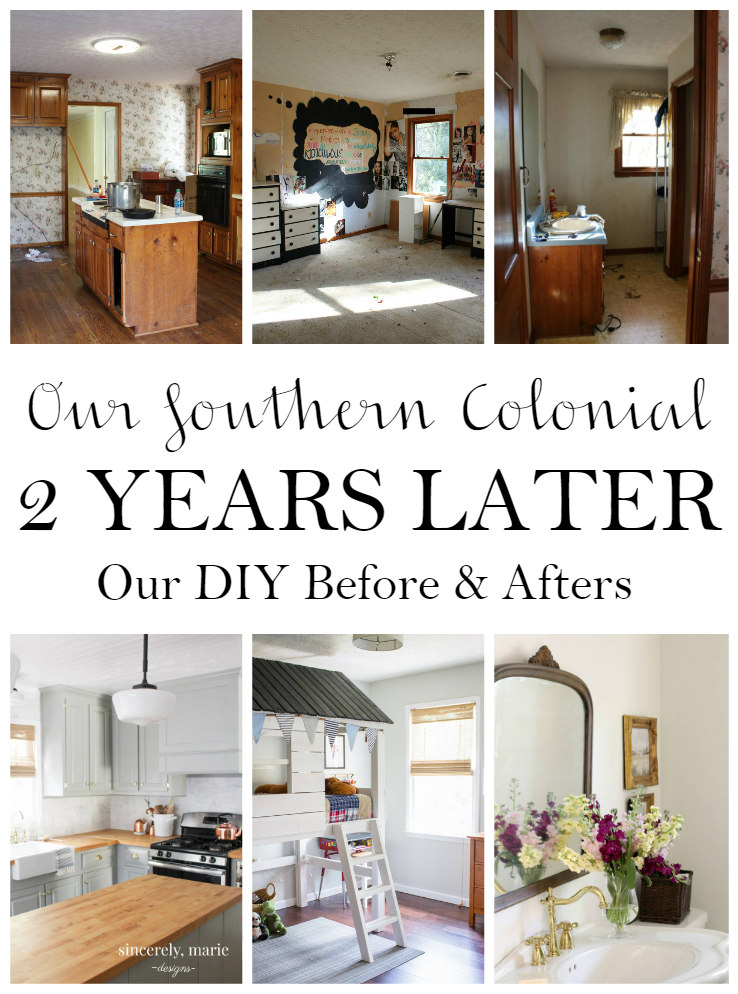